Have you heard this before? 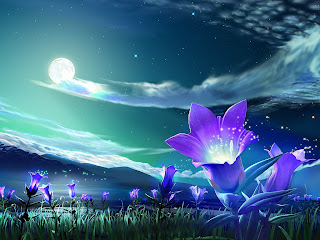 Anything in the universe, from the leaves of trees to the wings of a butterfly, has not been created by chance. Likewise, any chapters, any verses and even any letters of the Glorious Qur'an, the Book of God, the interpretation of the Book of Universe, were not chosen and written by chance. There is an extraordinary correspondence and miraculous conformity (tawafuq) among those words and verses.

The Glorious Qur'an is a miracle not only from the aspect of its meaning but also from the aspect of its words and letters. The Book of
Universe has been decorated with wondrous pieces of art without any waste. All the creation from an atom to the Sun, from a wing of a fly to the candles of sky (stars) were written by the Pen of Power and Will of Our Lord Allah (SWT) with His Wisdom. And all those creatures indicate the Existence and Unity of this Universe's Creator.

Likewise, in each chapter, each verse, each word and in even each letter of the Qur'an manifested by the Divine Attribute of Word, there are lots of meanings, wisdom and countless miraculous features and innumerable blessed mysteries and astonishing signs.

There is no coincidence but Tawafuq

Tawafuq has the dictionary meaning of "being correlated to each other in some way" and "being in a pleasant coherence, correspondence and conformity." As for the creatures in the universe, there are unique samples of tawafuqaat in the Qur'an.

The page above is the page from Surat al-Ahzab. There are eleven names of "Allah" or in other words lafzatullah in one line. There seems six more names on the same page but seemingly no tawafuq available. When we turn the page over we see some other tawafuqaat. They also have the "tawafuq" with the previous and the following pages. They conform each other in neighbouring pages. There are hundreds of examples similar to this and this cannot be a simple coincidence.

In the Qur'an, all of the words 'Allah' are miraculously matched to each other, in such a way by lying aligned to one another on the same page or by facing one another on the opposite page or being situated on or under the others on different pages. That is to say, they are - with particular term - in 'tawafuq' with each other. Those words in tawafuq are coloured in red in order to be noticed easily.

And that feature of tawafuq has been revealed in the copy of Ahmed Husrev Efendi's mushaf with his handwritten Qur'an. (Read More about The Qur'an in Tawafuq)

You may find the wonderful meaning with the nice Ahmed Husrev script below.
I want to read Qur'an from this mushaf (copy)
Etiketler: Alphabet revolution, coincidence, Holy Quran, Husrev Efendi, Imam al-Nursi, mushaf al-tawafuqi, preserve, Quranic letters, script, the quran in tawafuq
Email ThisBlogThis!Share to TwitterShare to FacebookShare to Pinterest