Carpenter and His Last House 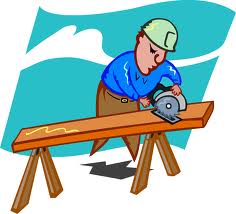 A highly skilled carpenter who had grown old was ready to retire. He told his employer-contractor of his plans to leave the house building business and live a more leisurely life with his family. He would miss the paycheck, but he needed to retire.

The employer was sorry to see his good worker go and asked if he could build just one more house as a personal favor. The carpenter agreed to this proposal but made sure that this will be his last project. Being in a mood to retire, the carpenter was not paying much attention to building this house. His heart was not in his work. He resorted to poor workmanship and used inferior materials. It was an unfortunate way to end his career.

When the job was done, the carpenter called his employer and showed him the house. The employer handed over some papers and the front door key to the carpenter and said "This is your house, my gift to you."
The carpenter was in a shock! What a shame! If he had only known that he was building his own house, he would have made it better than any other house that he ever built!

Our situation can be compared to this carpenter. Allah Ta'la has sent us to this world to build our homes in paradise by obeying His commands. Now, we have to decide how well we wish to build the homes where we will live forever.
Etiketler: akhirah, build your house, carpenter, dunya, hereafter, house, Muhammad
Email ThisBlogThis!Share to TwitterShare to FacebookShare to Pinterest