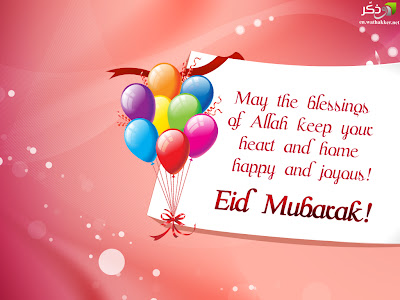 "The prayers (duas) in those five nights are not denied:
The night of Raghaib (first Friday night of Rajab),
15th night of Sha'ban,
Friday, Eid al-Fitr and
Eid al-Adha
nights.


What is Eid al-Adha

In Arabic it is Eid al-Adha, non-Arab Muslims in general call it as different forms. Sacrificed animal is called udhiyya in Arabic, and Qurbani in Turkish, Urdu and others. It is incumbent upon sufficiently wealthy Muslims to sacrifice a qurbani.

Many of you know the story of sacrificing animal told in the Bible. People were strictly prescribed to sacrifice animal but like many other rituals and commandments they left or forgot to follow (eg: fasting, prostrating, male circumcision, prohibition of pork), unfortunately Christians don't have this anymore. In Islam, Muslims follow the practice of Prophet Abraham (may peace be upon him).

The meaning of sacrifice is to obey God's command. Prophet Abraham (Ibrahim) (peace be upon him) was among the best examples of servanthood to God. He never hesitated to obey what God ordered and as a matter of fact he was rewarded. God wanted Prophet Ibrahim to sacrifice his son Ishmael (Ismaeel) and he just took his son to the place to observe that ritual and he just touched the knife on the throat of Ismaeel (peace be upon him) but it didn't work, he tried on and on but no. It did not work. God Almighty sent down a sheep for him and saved his son. That was an examination for Prophet Ibrahim and he passed it successfully. From then on, people do sacrifice beasts to observe the same ritual of total submission to God and it is now much easier to submit with a sheep than your son, is it not?

It needs tens of pages of explanation, it is sufficed to say that we present our gratitude to God as Muslims and do what He asks from us. We submit to God's authority. Desire to be a good Muslim, we love God, we do good deeds, and want to go to paradise, and as we fear God and want to be saved from the torment of hell fire, we try to be away from disobeying his commands. May God save us from hellfire and accept us into the paradise. Amin.

Festival Time
Eid days are the days of rejoice and happiness. After a spiritual journey, it is time to celebrate.

In Muslim countries people traditionally go, see, select and buy their own qurbanis one or two days before the eid and take them home or a clean and proper place where experienced butchers can be found. Or one may pay the amount to a charity organization and they slaughter it on her/his behalf. This is how we do it in the West due to the lack of facilities. A qurbani does not have to be a sheep or goat, it can also be a cow, camel or the like. There are seven shares in a cow, and sometimes 7 people or less get together and buy a big cow and sacrifice it. One cannot sacrifice fish, chicken, cats and dogs as well as single-nailed animals (horse, donkey etc) and of course pig/swine. By the way, this festival lasts four days, and Muslims are allowed to sacrifice first three days.

Anyway, as I said, you know what eid al-fitr is and it is not much different from Eid al-Fitr (except for the beasts of sacrifice.) The sacrificed animals are believed to be vehicles in the hereafter while passing the bridge of sirat (more info on Sirat).

Social aspect of Eid
(most impressive for many people)

Wonderful side of this festival is that it improves the society and helps people in many ways. Starting from the very core of the society, family is encouraged, children are given presents, made happy. Wealthy people help the poor, Muslims get together with family members and visit the elderly and the sick.
When rich people help the poor, the gap between upper classes and lower class loses its affect. People respect the rich because of their nice manners, and the rich enjoys helping the needy and learns to give away while keeping humble. Islam is a way of life, systematizing the society and aims the perfection of humankind.

Manners and courteous behaviours in both eid festivals may differ from culture to culture, country to country but the core is simple. What we know is that there is no harm in celebrating unless it is un-Islamic (consuming alcohol, mixing with ladies/men etc). As you could guess, main objective is to remember the bounties we have been given, and to perform our ubudiyah (worship) and doing something nice and enjoying at the same time.

God says in the Qur'an "It is neither their meat nor their blood that reaches Allah, but it is piety from you that reaches Him."(22:37).

There are number of traditions and rituals associated with Eid-Ul-Adha:


If one is wealthy enough, s/he must observe this meaningful and meritorious ibadah (worship).

Here is a website you can fullfill this duty on you before eid.