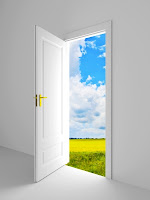 Cambridge Muslim community is preparing to announce that their doors are open to everybody.
After recently held Islamic Arts and Culture Exhibition which attracted more than 4000 people in Cambridge Central Library, MEOC (Muslim Education and Outreach Cambridge) is now organizing another event; “Open Mosque Day” on December 4, 2010 during Mill Road Winter Fair.
Muhammad Faisal of MEOC, the leader of the initiative, is happy with the local people’s attitude towards MEOC’s activities. “Last year, people of Cambridge came to the mosque and thanked for these lovely meetings which helped diversity within the community” says Faisal and adds: “We know how important the interaction is and we are encouraged by people’s comments. These are some of the comments we heard last year: 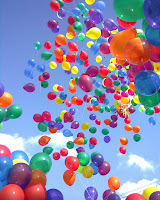 "It surprised me how relaxed and friendly the mosque was!", "Thank you for all your hospitality. I loved the community aspect of the mosque.", "Children had a lovely time playing", "I am always walking down Mill road and have found the Muslim presence a little intimidating - I feel very different now having been here..."
On the other hand, there have been concerns about the security of Muslims in Cambridge due to the hate crime towards Muslim residents in the city after a pig’s head was left in front of the local prayer hall at Darwin Drive, Cambridge in September which coincided with the Koran Burn Day event in Florida, US. The city’s Muslim community was left shocked and saddened by the incident. It triggered a major police investigation and the incident was condemned by the city’s MP, Julian Huppert and local faith leaders. Recently, two people have been arrested and detectives have quizzed the 21-year-old man and 22-year-old woman, both from the city, about the hate crime.
According to surveys, more than half of the UK population has no idea about Islam and similar numbers regard Islam as a negative religion. MEOC events have shown us that when people meet with Muslims, talk to them and learn more about faith and ideology, their manners change. When they leave the exhibition or mosque after such an event, they either stop hating, or start understanding and like, or their feeling towards Islam is neutralised. There is not a single example of hate increase after those events.

Ibrahim, 24, one of the volunteers of MEOC who attended the previous Islamic Arts and Culture Exhibition, says: “These events are beneficial for both Muslim community and the visitors. I met many people last time in the Cambridge Central Library and enjoyed it. Interestingly, statistics shows us that the less they know about Islam the more they hate it. One may have doubts about Islam due to the negative images projected in the media but the only solution to clear their mind is to read about Islam or attend such an event where they can meet Muslims in a nice atmosphere. Our aim is to share what we have in our hands and convey the message of peace, prosperity and friendship to any of our fellow human beings. I am planning to attend and enjoy the Open Mosque Day event and invite everybody to this life changing and ground breaking event.”
Not only open mosque day event but also Islamic Arts and Culture Exhibition and Islamic Sciences Seminar series acquired the similar fame. Visitors of the exhibition shared their ideas and the common saying was that these kinds of activities volunteered by main stream Muslims representing real Islam within the intellectual heritage of Muslim culture should be increased.
Tea, coffee, biscuits, meals, drinks, and fliers are ready for the event. As it happened last year, thousands of people will be flocking to Cambridge’s Mill Road winter fair and many of them will be visiting the local mosque, tasting the mouth watering food and enjoying the warm Islamic hospitality. By the way, if you haven’t planned your week yet, save the date and try to join the crowd.
Don’t forget. Doors of the mosque are wide open to everybody.
Etiketler: body, existence, Muhammad, network, universe
Email ThisBlogThis!Share to TwitterShare to FacebookShare to Pinterest