Shall we start now? 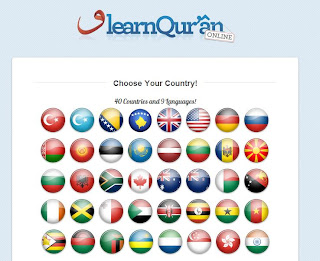 Our Prophet Muhammad (PBUH) says in his hadith;
“The best amongst you is he who learns the Qur’an and teaches it.” (Bukhari, Fadhail ul Qur’an, 21)

The busy and fast lives that we are leading in this age have caused us to postpone learning to read the Qur’an. Since some of us are older, it is not as easy to learn quickly as it was in our childhood years. Sometimes this is a hindrance for us to start up.

Even if we want to begin to learn we may have difficulty in finding a tutor in the times that we are available. When tutors are available, we may not always be so...

And sometimes some of us may be too shy to learn something from someone at their age.

Out of all these factors, we think that there is a need for such a website, therefore this website started from this very necessity.

Whatsoever our pretext for not learning Qur’an yet is, we think there is no longer any setback before you. We invite you to experience and enjoy the blessed aura of the Qur’an.

This is a wonderfully prepared website for those who are in need of learning... and teaching as well...