When in Doubt, Leave it Out 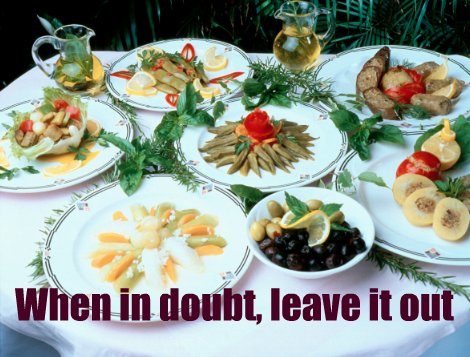 No matter it is more or less, alcohol is haram even though there are only few drops of it. Unfortunately there are scholars giving fatwa for these drinks. Ummah should no longer be a community of fatwa, but a community of taqwa.
These scholars can find any hadith or an ayah (verse) to prove their fatwa, but it shouldn’t be the case. Coming up with a fatwa is not important, important point is to act in accordance with taqwa. It is necessary to leave out the doubtful.

The President of American Halal Foundation (AHF), Mohammad
Mazhar Hussaini, M.S., L.D., an author, nutritionist, and leader in Halal education, recognized throughout the Muslim world who gave seminars and conferences, who wrote eighteen books, tens of articles and who has some more to publish, was in Istanbul for the 2nd International Halal Food Conference held by GIMDES (The Food Auditing and Certification Research Association) in April. Having delivered a speech at the conference, Mr. Mazhar Hussaini visited Hayrat Foundation with the agenda of Qur’anic Education and Halal Food activities. After the visitation, Mr. Mohammad Mazhar Hussaini passed to Anatolia in order to see the Printing House of Holy Qur’an in Isparta to observe the activities of the Foundation in its place and to make several contacts. We conducted a remarkable interview with him. Here are the details of this interview.

The importance of Halal Food is quite clear. As it is said by many people, you are what you eat. Even if the matter is handled from a secular point of view, it is said that you should be careful about what you eat. You shouldn’t eat too much, you shouldn’t consume much sweat for the sake of your health, otherwise you’ll get sick, if you consume too fatty foods, you may become diabetic, etc. Islam emphasize the same issue as well.

Moreover worship is directly related with eating and drinking. Allah (SWT) says in the Qur’an: “I did not create the jinn and mankind except to worship me”.(51:56) One has to eat in order to worship. Do not just think of only praying and fasting. If our deeds (e.g. working, reading, and marrying) are in accordance with the commands of Allah (SWT) and the Sunnah of our Prophet (PBUH), they are all worships. As you know “the head of worships is prayer”. We all pray after our worships.

Our Prophet (PBUH) says: “Eat halal so that your prayers will be accepted”. Let’s think in reverse, if our food is haram, our prayers will not be accepted. All the supplications we performed will be in vain. That’s why consuming halal food and earning halal money are highly important.

Sensitiveness and practice of halal food should be motivated in the early ages. If you know how to say ‘no’, you will succeed in your life. If children are taught to say ‘no’ to haram and ‘yes’ to halal, everything will be so easy. So the child learns how to say no to anything that is haram. He says: “I am eating not because my parents told me but because my God commands me. Once he acquires to say no for the sake of Allah, it means that he has entered the path of success from then on. 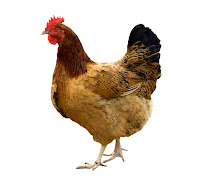 What are the halal standards? 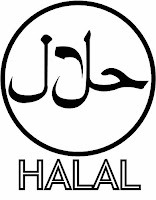 Would you tell us about some basic definitions about the field?

To differentiate between right and wrong, Islam provides certain standards of “Do’s” and “Don’ts”. Those activities that are allowed by Islam are “Halal”, while those that are prohibited are “Haram”.

Halal: Halal is an Arabic term meaning “allowed” or “lawful”. Halal is that which is permitted and allowed by the Divine law. With respect to halal, there are no restrictions of consumption or use. Most foods and drinks are considered halal unless they are specifically forbidden by the Divine law.

Haram: Haram is an Arabic term meaning, “prohibited”, “forbidden” or “unlawful”. Haram is that which is absolutely forbidden by the Divine law.

Mushbooh: Mushbooh is an Arabic term meaning, “suspected”. If one does not know the halal or haram status of a particular food or drink, such a food or drink is doubtful. Examples of suspected ingredients would be whey, shortening, enzymes, mono and diglycerides, glycerol, stearate, etc. A practicing Muslim avoids consuming doubtful things.

In Islam, everything is halal (allowed), except ABCD IS, which are haram (forbidden).

A: Alcohol and drugs

B: Blood (Flowing or congealed)

D: Dead animal / bird (Animal/bird that died of itself)

S: Swine and its by-products

Any food that contains any one of the six categories of food/ingredient, even in a small quantity, is forbidden to eat for the Muslims.

We know that some scholars give fatwa for carbonated drinks that are mass produced. What do you think about these?

As we clearly know from their production processes, alcohol is being used. No matter it is more or less, alcohol is haram even though there are only few drops of it. Unfortunately there are scholars giving fatwa for these drinks. Ummah should no longer be a community of fatwa, but a community of taqwa. These scholars can find any hadith or an ayah (verse) to prove their fatwa, but it shouldn’t be the case. Coming up with a fatwa is not important, what is important is to act in accordance with taqwa. It is necessary to leave out the doubtful.

I am a nutritionist, and don’t recommend you to drink them as they are not healthy. They must not be drunk. Coca Cola were banned to be sold in the schools in the USA. This is a dangerous situation not only for its being haram but also for the health. The sugar it contains is at least thirty times sweeter than the normal sugar. Normal sugar isn’t used in them, corn fructose is used. It causes obesity, diabetics and even heart attacks.

Let’s say that we have received a fatwa that they are halal, how come can you drink such a harmful drink? For instance we have some poisons in hand. Do we drink poison although it is vegetable oriented? There is no problem in its being halal. Then can someone give fatwa for this to be halal, could it get halal certificate?

In the Holy Qur’an, the word ‘tayyeb’ (pure, clean, and healthy) is being mentioned in the verses with the word ‘halal’. It says halal and tayyeb. The food’s being halal, pure, healthy are highly emphasized. Generally the second part is ignored. A product has to be healthy to have a halal certificate.

What do you think of the certification process of Halal food in Turkey?

Halal certification can somehow be settled. The important point is that producers should be careful. First of all, the biggest companies in Turkey whose owners and associates are known as Muslims are never suspected. Unfortunately people think that they are Muslims and their products are halal in 99 per cent Muslim country. However food additives have always been used in take-home-foods, biscuits, chips, etc. Lard and its derived products are preferred as they are cheaper. We don’t know until there is a clarification by the producers. People must know this fact. For that reason, meetings and seminars to raise the consciousness among the people especially for the women must be held in Turkey. That’s how we started thirty years ago in the USA.

What should we do for the products whose ingredients are doubtful?

You mustn’t eat them. Halal and haram are clear. We should avoid the doubtful things. If there is doubt, leave it out. If the manufacturer doesn’t make any explanation, it is doubtful. If you think there is an inadequacy or mistake in their explanation, you can send the products to a laboratory and learn what there are in it. Money is important for the companies. If they think that they will lose money, they will change their policy.

If consumer pressure groups are organized, they will make changes for their products so as not to lose money. No producers can remain indifferent when they receive hundreds of letters of complaint at the same time. First, letters are sent to the producers telling that you don’t feel certain about the ingredients of their products and demanding an explanation. Then the aforementioned method can be followed depending on the reply.

Thank you for your time. We are glad to meet you.

I am honored to have an opportunity to express my thoughts in this distinguished magazine. Thanks.